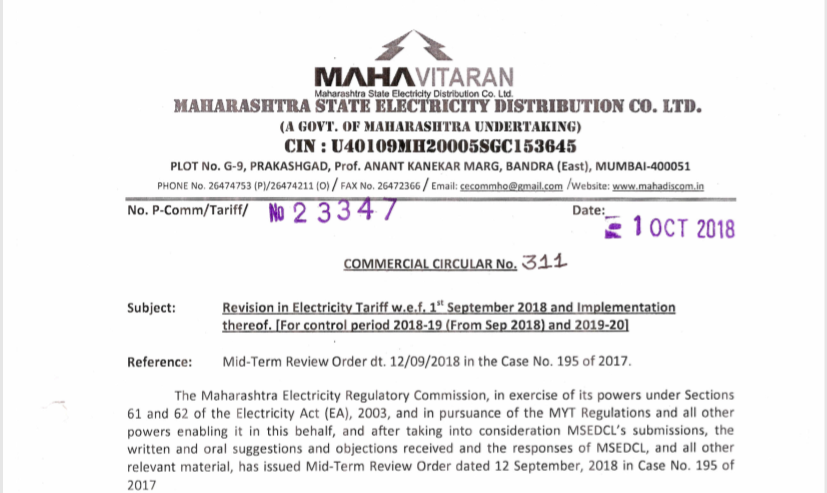 As India pursues its inclusive growth agenda and taps into different energy sources, it faces the challenge of savings through efficient distribution and control of electricity.

In this regards, we would like to draw your attention to MSEDCL’s revised tariff norms from 1st September 2018.

The key points to note are:

This resulted into MSEDCL facing problems of higher voltage in distribution network and harmonics due to capacitive circuit.

Moreover, higher rating of capacitors installed are capital as well as revenue monetary loss to you and also can compromise safety.

If you were running your plant at a leading PF by using fixed capacitor banks and manual PF control, this won’t work anymore