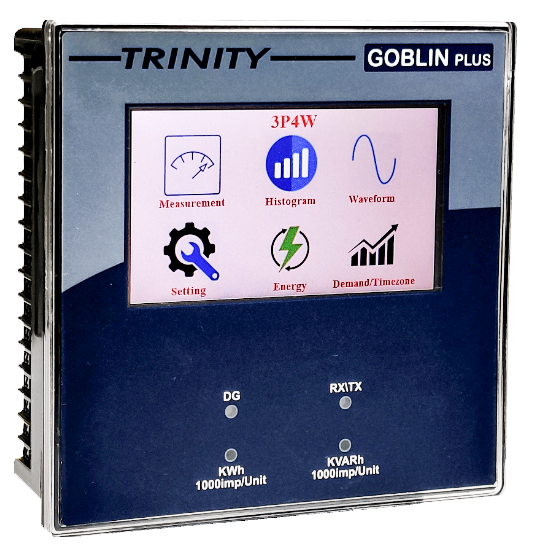 The digital power meter GOBLIN PLUS is a micro-controller based unit which not only measures a host of electrical parameters to display them on a 480 x 272 (RGB) smart TFT display (Touch), but also acts as a comprehensive load managing device due to its four numbers of output relay contacts. These outputs are individually field programmable for both the parameter on which to generate alarm as well as the values on which to activate alarm and deactivate it. In addition to this flexibility in terms of load management, the meter also has RS485 port. RS485 supports MODBUS RTU protocol for connections to EMS/SCADA.

GOBLIN PLUS is a versatile meter, with all the features needed to implement a robust electrical load management system. It can be configured to suit most control and communication needs.